Afraid of going to the dentist?

Listen to some great advice from Jeff Wilkin here.

How to avoid the grinding sound of the drill?

Man, that drill — there is no sound like it in science or nature. If the science-fiction boys ever decide to do a movie with mosquitoes the size of basketballs, I guess they’d sound something like that drill. And once the drill has found its mark, and jackhammers out bad tooth or old fillings ... well, those pleasant sounds used to bounce all over my head.

No longer. Whenever dental fireworks are planned now, I take consultants with me. Keith Emerson has made the trip. So has Chrissie Hynde. On Tuesday, it was John Kay.

They’re musicians — musicians associated with loud, rock’n’roll music. I’ve learned that earfuls of “Karn Evil 9,” the long and pretentious keyboard and percussion piece blared and blasted by Emerson, Lake & Palmer during the early 1970s, is the perfect antidote for any drill work. A CD goes into my portable player, earplugs go into the ear and I receive a loud audio welcome back to the show that never ends.

I know the drill is there, but the sounds of demolition can’t compete with Emerson’s Hammond organ. Seems like the louder the music is, the quicker the procedure goes. And if you are following the lyrics or the beat, you’re not thinking too much about the sound and fury below the ears.

Personally, I can vote for this also being usefull in other circumstances.

Like when wanting music to really listen to.
Lagt inn av Bjørn Are kl. 14:00 Ingen kommentarer: 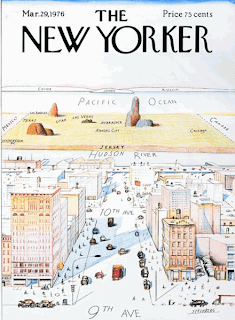 The latest New Yorker takes up the old canard about G.K. Chesterton at heart really being a racist and anti-semite.

"Chesterton wasn’t a fascist, and he certainly wasn’t in favor of genocide, but that is about the best that can be said of him".

Especially about a man who may have deserved a Nobel Peace Prize in the 1930's for trying so hard to make the world understand the dangers of eugenicm and ideological racism. Something he then had been doing for over 30 years.

Still, it is hardly unexpected that such allegations pop up. One reason is of course that there are some rather nasty clichés and comments about Jews in his writings. We are seing more than hooked noses. Some of his writings are also coloured by him not feeling particularly well about a group of Jewish financiers after a political scandal where his beloved brother did some revealing journalism - though lost a court case (the notorious Marconi Scandal) for vilification.

However that may be (and it is safe to say he lately has been acquitted on most counts), I think there are deeper or perhaps more unconscious motives. It may have something to do with keeping GKC's views and arguments at arms length. It may even more be tied to the mania of mediocrity. Great people of course must be belittled. And as they (and the rest of us) all have their small (not to mention big) secrets, it is not difficult to do. At least if one is into shallow readings of their works.

It is also in a somewhat free world legal to speculate if it has something to do with not a few modern media's lack of interest in portraying conservative (or more precisely classical) Christians as some kind of heroes.

Now, the Chestertonians answers back. Read about it here, and even more here (Dale Ahlquist as so often to the rescue).

What better way to comment upon racial inferiority , than GKC himself?

About all those arguments affecting human equality, I myself always have one feeling; which finds expression in a little test of my own. I shall begin to take seriously those classifications of superiority and inferiority, when I
find a man classifying himself as inferior. It will be noted that Mr. Ford does not say that he is only fitted to mind machines; he confesses frankly that he is too fine and free and fastidious a being for such tasks. I shall believe the doctrine when I hear somebody say: " I have only got the wits to turn a wheel." That would be real, that would be realistic, that would be scientific. That would be independent testimony that could not easily be disputed.

It is exactly the same, of course, with all the other superiorities and denials of human equality, that are so specially characteristic of a scientific age. It is so with the men who talk about superior and inferior races; I never heard a man say:" Anthropology shows that I belong to an inferior race." If he did, he might be talking like an anthropologist; as it is, he is talking like a man, and not infrequently like a fool. I have long hoped that I might some day hear a man explaining on scientific principles his own unfitness for any important post or privilege, say: " The world should belong to the free and fighting races, and not to persons of that servile disposition that you will notice in myself; the intelligent will know how to form opinions, but the weakness of intellect from which I so obviously suffer renders my opinion manifestly absurd on the face of them: there are indeed stately and god-like-races but look at me! Observe my shapeless and fourth-rate features! Gaze, if you can bear it, on my commonplace and repulsive face!

"If I heard a man making a scientific demonstration in that style, I might admit that he was really scientific. But as it invariably happens, by a curious coincidence, that the superior race is his own race, the superior type is his own type, and the superior preference for work the sort of work he happens to prefer.

This book is also worth checking out, see quotes here.

As a Norwegian it saddens me that Gilbert did not get a Nobel Prize in 1933. Not the least as it went to another one of those political correct persons who later are proven deadly wrong.

Which in some decades are rather more difficult to forgive than in others.
Lagt inn av Bjørn Are kl. 11:21 Ingen kommentarer: