At least indirectly. A rather suprise move from a government considered more religious than most, still in the War Against Terror all seems allowed.

Too dangerous for US prisons?

"The New York Times reported this past week on a Bush administration plan that allows the government extraordinary jurisdiction over what is acceptable in religious practice. According to the article, the Office of Inspector General in the Justice Department issued recommendations to the Bureau of Prisons designed to prevent American prisons from becoming terrorist recruiting centers in 2004.

One of the recommendations was the "Standardized Chapel Library Project." The name itself elicits shivers, but what it does is worse. It first required a group of experts to compose a list of "150 book titles and 150 multimedia resources" for each religion. In order to be accommodating, lists were prepared for religions such as Christianity, Islam, Judaism, Bahaism and the African tribal religion of Yoruba.

If a book doesn't make the list, it is removed from the library. This required purge has only recently begun to wreak havoc on federal prison libraries. These libraries have amassed a huge quantity of books through donations and must now purge most of those books. According to USA Today, an inmate at the federal prison camp in Ostieville, N.Y. claims that about 600 books were removed by the chaplain this past Memorial Day to comply with the order. Six hundred books is an astounding number, but it's still not enough to recognize the vast wealth of knowledge that has now been banned.

Consider a few prominent Christian authors of the past century. Fulton J. Sheen was the first televangelist and won an Emmy in 1952 for his television series "Life is Worth Living." According to the official Web site of the cause for his canonization, Sheen wrote over ninety books. G. K. Chesteron was a popular Catholic apologist. The American Chesterton Society's Web site says Chesteron wrote 100 books and made contributions to 200 more.

So between only two Christian authors, there are about 200 to 300 works. Not all of these works will be banned, but it shows how much is being lost. The scope is magnified when you consider that Christianity has so many other authors. Between C.S. Lewis, John Calvin, Pope Benedict XVI and other Christian authors over the 2,000 years of Christianity, how can one select only 150 books?"

150 book titles per religion? One can imagine someone will have to write 50 books or something on the Yoruba way of life to reach the number at all. And ban 50 000 on Christian life, thinking and history to get down to it. And who is to decide what is acceptable in religious (or non-religious) practise?

There is of course something to be said for censoring of prison libraries, as for most political decisions. People reading The Late, Great Planet Earth or the The God Delusion may notice a raised adrenaline level. I have personally banned TV-evangelists from my own bookshelves. Still, there are a lot more than 150 books to be written against such policies.

As long as the present American Foreign Policy is accepted, there will of course always be a need for radical anti-terrorist measures. Even if terrorism will not easily disappear with a wiser policy, my religious hangups indicates that it is rather foolish to behave like fools.
Lagt inn av Bjørn Are kl. 12:11 3 kommentarer:

Rick may not quite be my fav rock composer (aorund 10th position), still he ranges high on my list of keyboard players (number 2 or 3, depending on my mood). However, as entertainer and stand up musician he is definitely #1. Noone tells stories like Rick, or performs more tongue in cheek. That is one reason he has become such a household name on British Television.

And he was the artist I saw most often in concerts in the 70's (3 or 4 times). One reason, of course, was that ELP never attacked Norway. 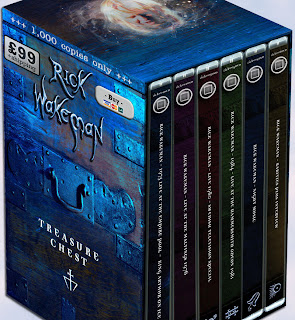 Now it is possible to relive his 70's and 80's prog and circumstances, even the iconic, not to say excessive, King Arthur on Ice Show from 1975. With skaters and the full scoobie gang.

As Rick mentions in the video interview on this Treasure Site where you can order the set, the critics slammed the Arthur show even before it had been done. As it went for three sold out nights at Wembley, there was hence no need to provide any press tickets.

No journalists (outside the growing prog press) will line up for these DVD's, either. That makes it easier for the rest of us.
Lagt inn av Bjørn Are kl. 17:05 1 kommentar:

The Return of Prog?

That meek and modest magazine, Terrorizer, has recently started a series on "The Return of Prog".

While prog never really left the building, it disappeared in many a journalists' eyes for the flashy and fashionable, not to mention the frenetic hunt of highly selcted parts of the underground scene for for the Next Big Bang. Which makes one gratefull for the return of prog in music magazines the last decade.

Another good thing is that publications like Terrorizer have not fallen for the standard media myth. It however still speaks volumes that the magazine feels obliged to mention that

"Rock fans growing up in the 80's were regularly informed that punk rock destroyed prog rock forever. This is of course utter nonsense. In fact, throughout punk rock's brief flash of tabloid infamy and chart-topping ubiquity, the behemoths of prog rock - Pink Floyd, Genesis, Yes and ELP in particular - marched on, largely impervious to the impact of a cultural phenomenon that was far more significant in terms of its later influence than it was dominant at the time".

That cultural phenomenon was little else than a new generation arriving, more fond of straight and simple music, raw and romantic, beer and beat, than something that needed engaging the intellect. In short, Prog rarely got you broads.

Looking at Terrorizer is a welcome breath of sanity (and dare I say honesty?) from more mainstream magazines. And despite the ritual reprimanding of ELP, Terrorizer is obviously in even more awe of that band than of other behemoths.

We are invited to a general and generous feature article, as well as several pages on Rush, Sean Maline (Cynic), the influence of Prog on Metal, Van der Graaf, Ian Anderson, Zombi and Steve Hackett. And great photos of Keith and Rick.

Next issue is already in the kiosks (though not in Norway) and deals with stuff like Prog Art (capital letters needed, of course), Dream Theater, "forgotten prog" (hopefully they'll mention the forgotten fact that even Bowie and Elton John were influenced by prog in the early 70's), and Davy O'List (guitarist of early The Nice).

Rolling Stone Magazine and Q will in no way the next decade or two admit that Prog didn't "lose" to punk or retired (in the 80's prog related bands and artists sold more than most, while hundreds of new prog bands emerged - a trend which has only accelerated the last decades). Still, it is promising that niche magazines like Terrorizer are out of the cupboard.
Lagt inn av Bjørn Are kl. 11:56 Ingen kommentarer:

As somewhat of a time travel buff, though wary of the real thing (too many nasty smells and bacteria, not to mention daggers in the dark), I have followed virtual reality with a rather keen interest.

Sooner or later, we will be able to make virtual walks through ancient Rome and Jerusalem, not to mention Tenochtitlan or Cordoba. While waiting for that (I predict it will take less than five years for the most famous cities), it is a pleasure to announce that a great "virtual guidebook" to my fav metropolis, Walking Through Byzantium, now has been printed.

By some whim of fate (or conspiracy, more likely) there has been a peculiar lack of movies and TV-series placed in Medieval Constantinople. Though novels abound. 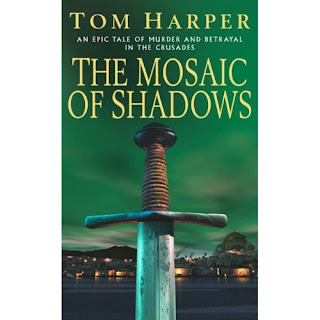 For those of you into Norwegian, I would also recommend my blog post here (with illustrations), for the rest of you I would recommend this site.
Soon it will even be possible to order the book. 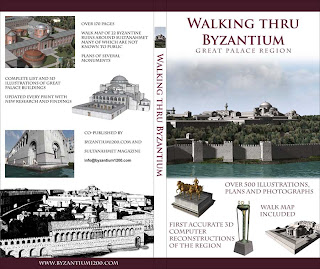 At Cadre there is a helpfull guide to write an atheistic bestseller.

As present experience shows, you are guaranteed success if you write on God and Jesus. Just take care to remember to be against them. And to vent anger/sarcasm/indignation about all and any religion. Make also sure to get an endorsement from Richard Dawkins on the front page.

Hunting for my childhood forrest, recently I made a groundbreaking discovery.

The penny dreadfull (or something like that) series about the Shawanoe Deerfoot (Hjortefot, in Norwegian) was published in a 100 pages book format in Norway. Rereading those 40 years later, made me shudder not a little. Short and simple sentences, abrupt change of settings, sketchy character descriptions, to say the least.
Still there was something about this series. An undefined romantic mood, an adventurous angle, a fondness for the pioneer and indian way of life. Haunted by my memories, and puzzled by something this bad being even considered for publishing in the US in the late 1800's, I decided to check the original.

And a pleasant surprise it was. After some quick eBaying, an American edition arrived. And made me se how much I was cheated as a boy. The Norwegian edition was about 30 000 words. The original had more than 80 000.
If nothing else, this made for even some more and quicker eBaying.
Still rather simple? Yes. A bit moralistic? You bet. A few sermons along the way? Amen. Coloured by the 19th century view on coloured people? A tad or two. Enjoyable for present day grown ups, when in the mood? It helps with two glasses of wine.
Lagt inn av Bjørn Are kl. 13:43 Ingen kommentarer: