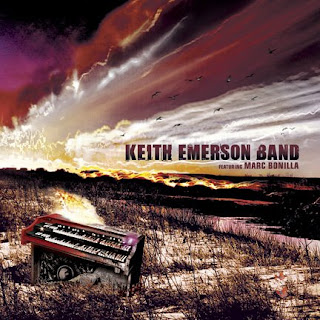 A review of his sitting in with Bruce Lofgren on monday at Typhoon is available here.

Besides Monk and such, they also performed a brand new tune by Keith, After All Of This.

I don't think I am all that alone in not quite being able to wait for his new album to be relased in July followed by a short (?) tour.

Anyone with a handy time machine to spare for a second?

If needed you may even get it back before you lent it.
Lagt inn av Bjørn Are kl. 17:57 Ingen kommentarer:

On a related note, Upon This Rock is #1 on eMusic!

At least it was last week, according to Larry's brother Charles:

We just got the word today, Larry's album Upon This Rock just shot to numero uno on eMusic! For those of you who don't know, eMusic is the second largest digital distribution channel on the internet after iTunes. This is the first time a Christian rock recording has topped the charts in eMusic's history. We're all very happy, and while we can't say that Larry would've been thrilled since he didn't care much about record charts, we know it would've brought at least a smile to his face...

So what it took for Larry to reach # 1, was simply to leave this planet.

It is the same old story. 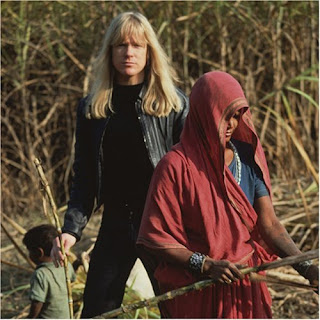 Another note, this time about Larry, as the long awaited anthology Rebel Poet, Jukebox Balladeer is due May 27th.

We're talking here about an ultra deluxe remastered CD with 24 page booklet featuring exclusive photos, printed lyrics, and a song-by-song description of how and why the songs were written. Whether one has all and every album by Larry (a human impossibility) or not, this is a nice addition and of course a brilliant gift option.

"To best understand Larry Norman, you should realize that the man is a dichotomy, in the grandest sense of the world. While other rock stars existed to follow the prepackaged template to a tee even if that meant punishing another seemingly innocent hotel room Norman existed on an entirely different plain. He was the church boy holding his own in the decadent world of rock music, an insubordinate jester with a rebellious streak that stretched out long before the birth of punk, and a performer whose raw energy, spiritual force, and playful wit made him the endearing rock icon he is today.

In Norman you have it all. A man unfairly saddled with the hefty burden of the ''father of Christian rock,'' yet he is a singer whose defiant lyrics and actions were shunned by the church-going status quo. Norman is a saint in a world of sinners, and at the same time, to some, he is a sinner amongst the saints. While other rockers spent their lifetimes trying to emulate Norman, they just couldn't catch the man."

Even if I may not be on the very best terms with Rolling Stones Magazine for rewriting the story of the 70s, it is nice to see their review - 4 stars of 5.

Highly deserved, though I ponder why it didn't get a 5. An ill adviced attempt to convey that the devil have even better music?

In the Moog for Jazz? 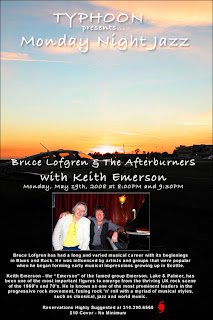 Just a quick note to anyone planning to visit Santa Monica tonight.